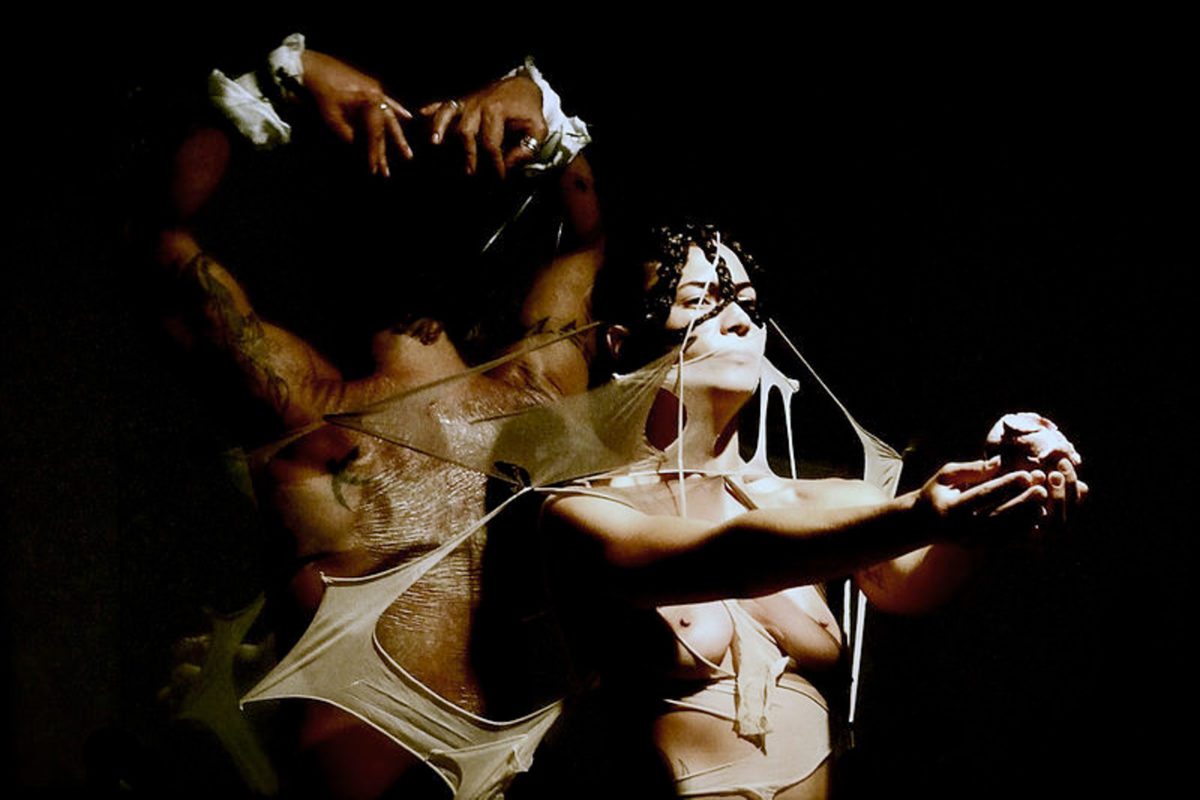 German artist Verena Stenke and Venetian artist, writer and curator Andrea Pagnes have been working together since 2006 as VestAndPage in Performance art, filmmaking, visual art, writing and as independent curators. Being among the most acclaimed representatives of contemporary Performance art from Italy, their works, recordings and live performances have been shown extensively across Europe, Asia, Latin America and the US at galleries, biennials, museums, festivals and theatres.

The intensive FRAGILE LIMITS workshop by artist duo VestAndPage (Verena Stenke & Andrea Pagnes) follows the artists’ unique method through the process of making a performative piece. During the practical exercises in different conditions the participants are being provided with tools to conceive, develop and realize a performance, using mainly the own body as a tool: - To work towards touching point zero in perception, judgement (on one self and on the others) and intention, to then built up again a new way of authenticity-based perception and expression, for finally transforming visions and ideas into a concrete artistic action. - To get distance from the mere being virtuous by establishing, evaluating, and energizing the personal action in se. - To get free of common behavorial patterns to create new ways of encounters, collaborations and realities. - To overcome the fragile constituent limits, may they be based on physicality, fears or social patterns. - To touch and strengthen the most human inner sensors in order to activate personal and universal memories, for using those as germinal matter for future artistic substance.

Participants are required to bring: one object they feel related to, comfortable clothes, one blanket and cushion to lie on.