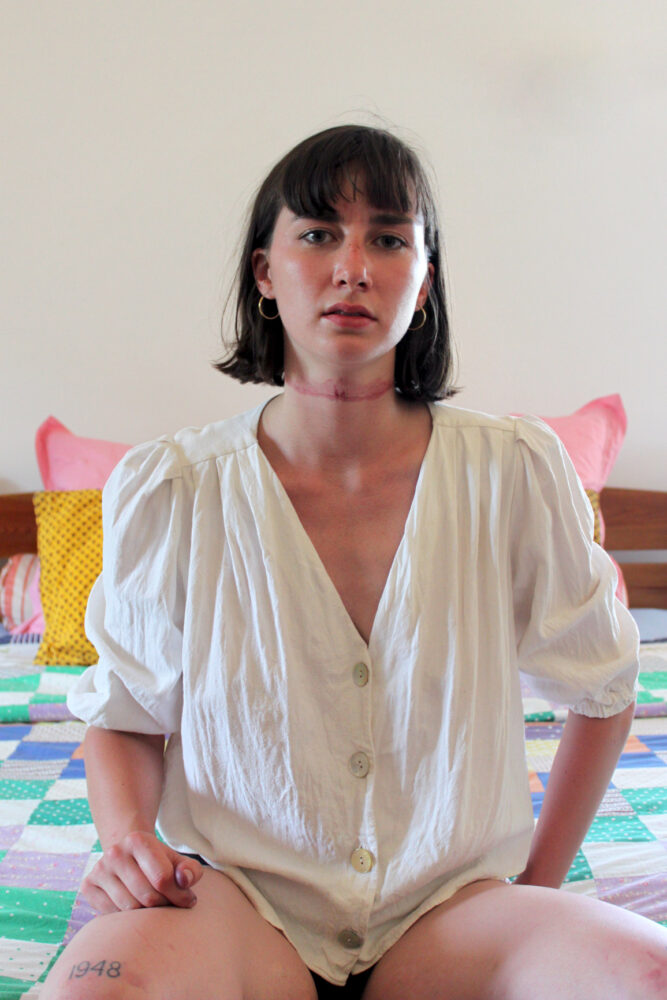 Léann Herlihy, Corpse and a carriage (2019), photo. courtesy of Assembly

Léann Herlihy is a live action artist based in Dublin.

Their concerns are their practice, as it is what they are concerned with that seeps into their body of work; whereon ‘body of work’ draws on the ephemeral experience of the body. Perhaps that’s their biggest apprehension right now. As a performance artist, should their body be the one taking up room in a society which is depriving marginalised communities of space? How do they then make work which collectively holds space for those who have been deprived of it? As a white queer individual, they are faced with the reality of navigating their practice while inclusively amplifying the voices of those who have been peripheral.

In Be Oakley’s zine, Mother Nature is a Lesbian, the artist handwrites a note across a two-page spread:

It is thus through the process of inhabitancy that the possibility of resistance becomes an actuality. As a queer individual who actively destabilises gendered, raced, classed and sexualised dichotomies in an overtly heteronormative society, it is an understatement to say that their practice is merely influenced by their concerns. In fact, can either be separated if one wishes to move forward? Yet that in itself poses a redundant notion: moving forward as ‘progress’.