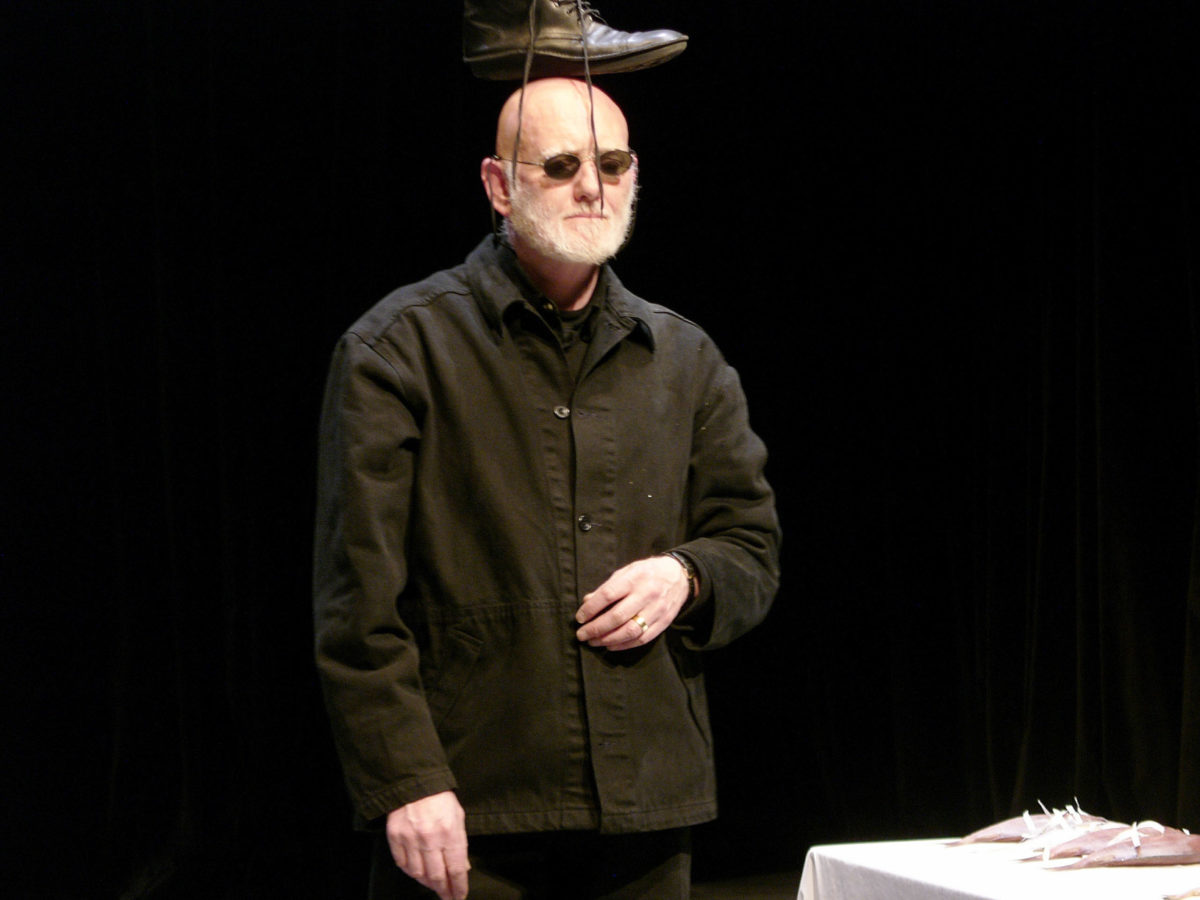 Alastair MacLennan represented Ireland at the Venice Biennale, with inter-media work commemorating the names of all those who died as a result of the Political Troubles in Northern Ireland, from 1969 to then date (1997). During the 1970’s and 80’s he made some long, non-stop performances in Britain, America and Canada, of up to 144 hours duration. Subject matter dealt with political, social and cultural malfunction. Since 1975 he’s been based in Belfast, Northern Ireland and was a founding member of Belfast’s Art and Research Exchange (1978). From 1975 he taught at Ulster Polytechnic, later, the University of Ulster, where for 11 years he ran the Master of Arts (MA) Fine Art program. He’s travelled extensively in Eastern and Western Europe, Asia, North America and Canada, presenting Actuations (performance/installations). Since 1989 he’s been a member of the performance art entity, Black Market International, which performs throughout Europe and beyond. He’s presently an Emeritus Professor of Fine Art from the University of Ulster, Belfast, Northern Ireland, an Honorary Fellow of the (former) Dartington College of Arts, Devon, England, an Honorary Associate of the National Review of Live Art, Glasgow, Scotland and in 2020 received the Honorary Degree of Doctor of Laws, from the University of Dundee, Scotland.